Join us in celebrating the dress, music, dance, language, craft and delicious food of the many cultures that call Geelong home.

There are no bookings required to attend this year’s Pako Festa Reimagined event.

There will be two access points, at which all event patrons need to be prepared to provide proof of COVID-19 vaccination to enter the event site/s.

The communities selling global food at Pako Festa 2022 will only be able to accept cash payments. We suggest bringing cash to the event, alternatively a mobile ATM will be available on-site.

The Greek Community (Involved in Pako Festa since 1983) 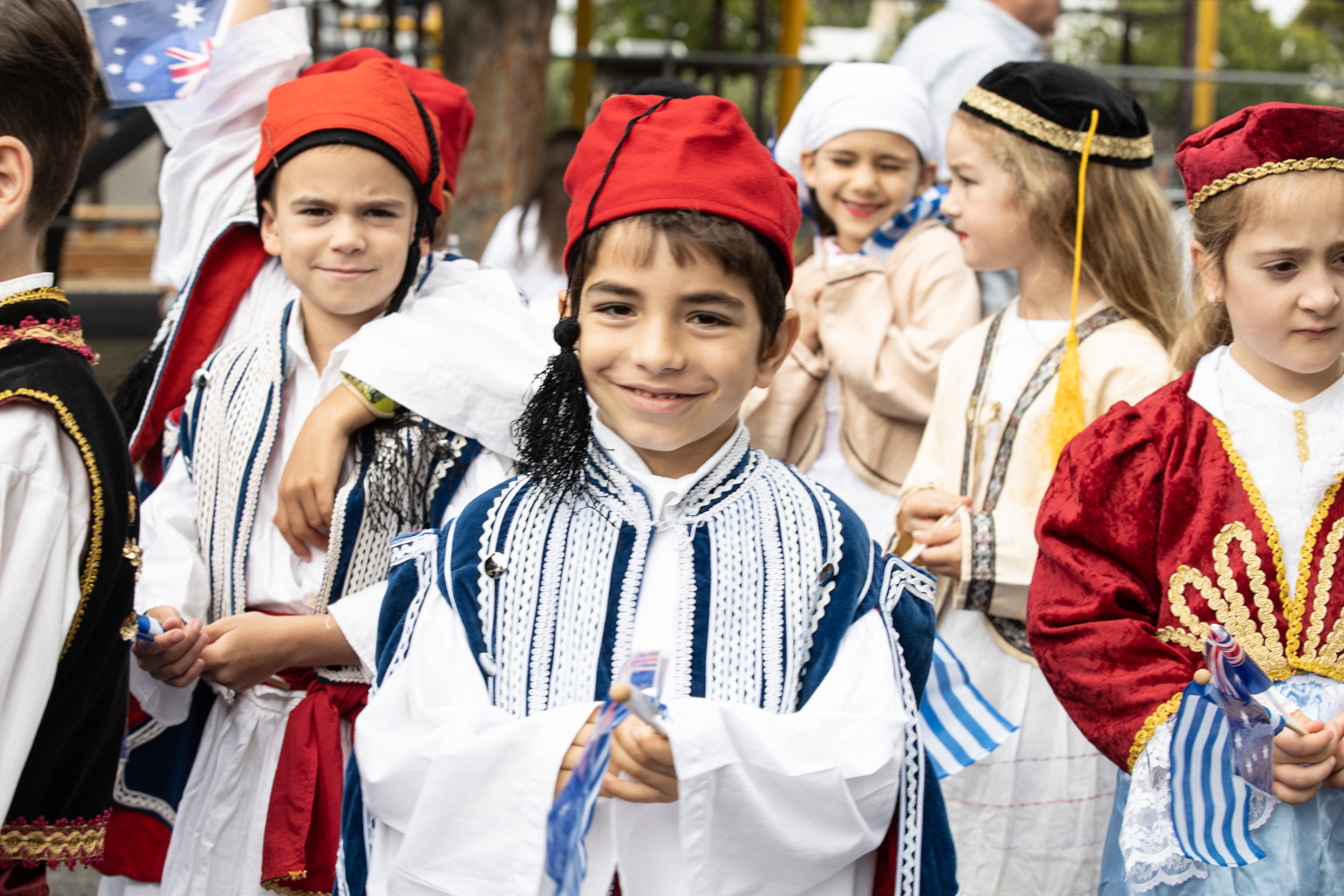 The Geelong Greek Community was formed in 1956 by Greek descendants arriving in Geelong. There are several thousand people of Greek and Greek Cypriot origin, of all generations, in the Geelong region. The first generation migrated from various Islands and regions of Greece and from Cyprus. Many of those families are heavily involved with food and hospitality and other services in the Geelong area.

They also have a Senior Citizens group, Women’s Auxiliary/fundraising group and a community hall in Hamlyn Heights for meetings, as well as a Greek Orthodox Church – The Dormition of Our Lady.

The Geelong Malayalee Association (Involved in Pako Festa since 2019) 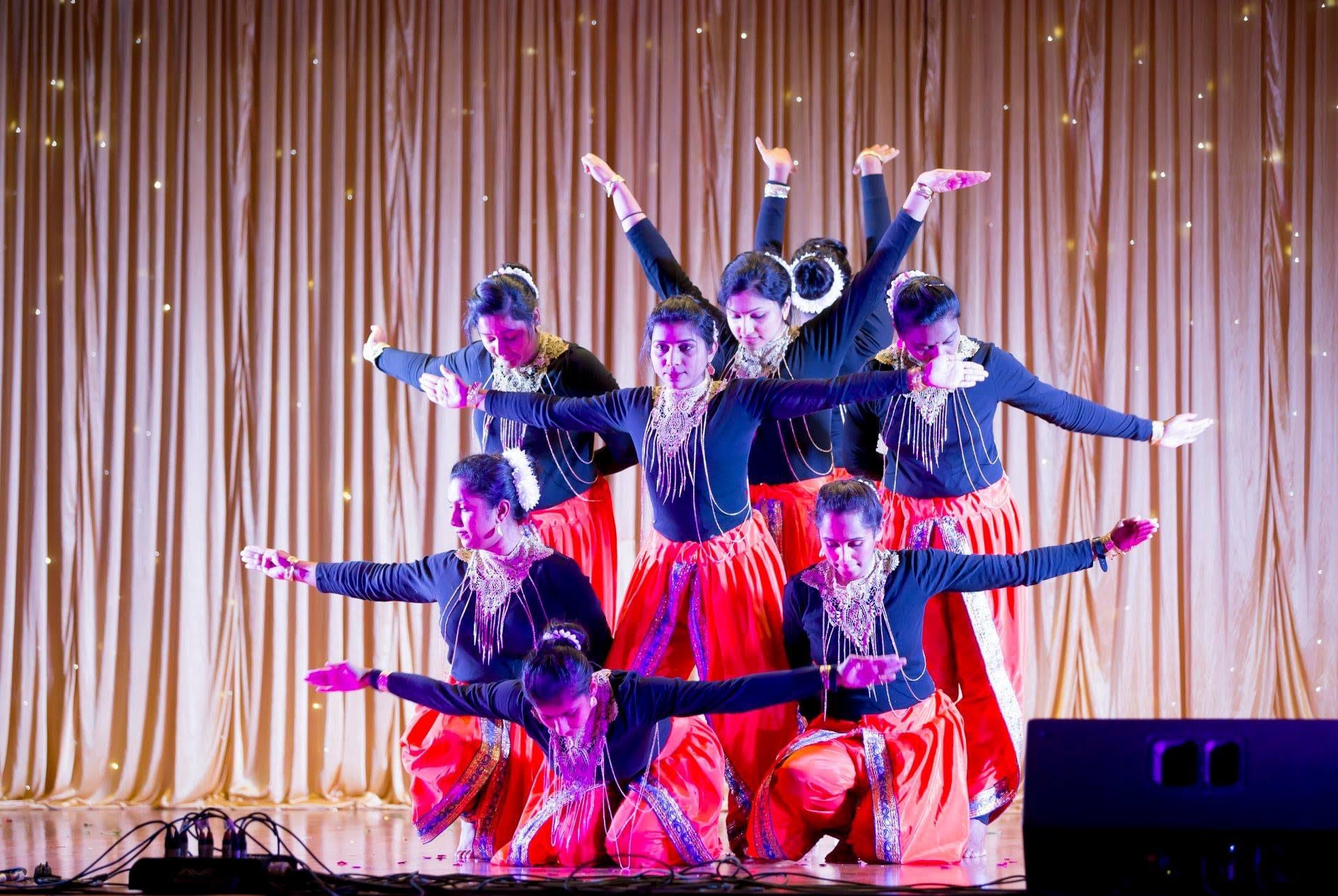 The Geelong Malayalee Association provide a place where all the Malayalees, which are people from Kerala (South India), come together to share common interests and thereby promoting and uplifting multicultural interests in our community. We work closely with the local community and aim to work for common goals and, in doing so, promote community participation.

The Dutch Community (Involved in Pako Festa since 1983) 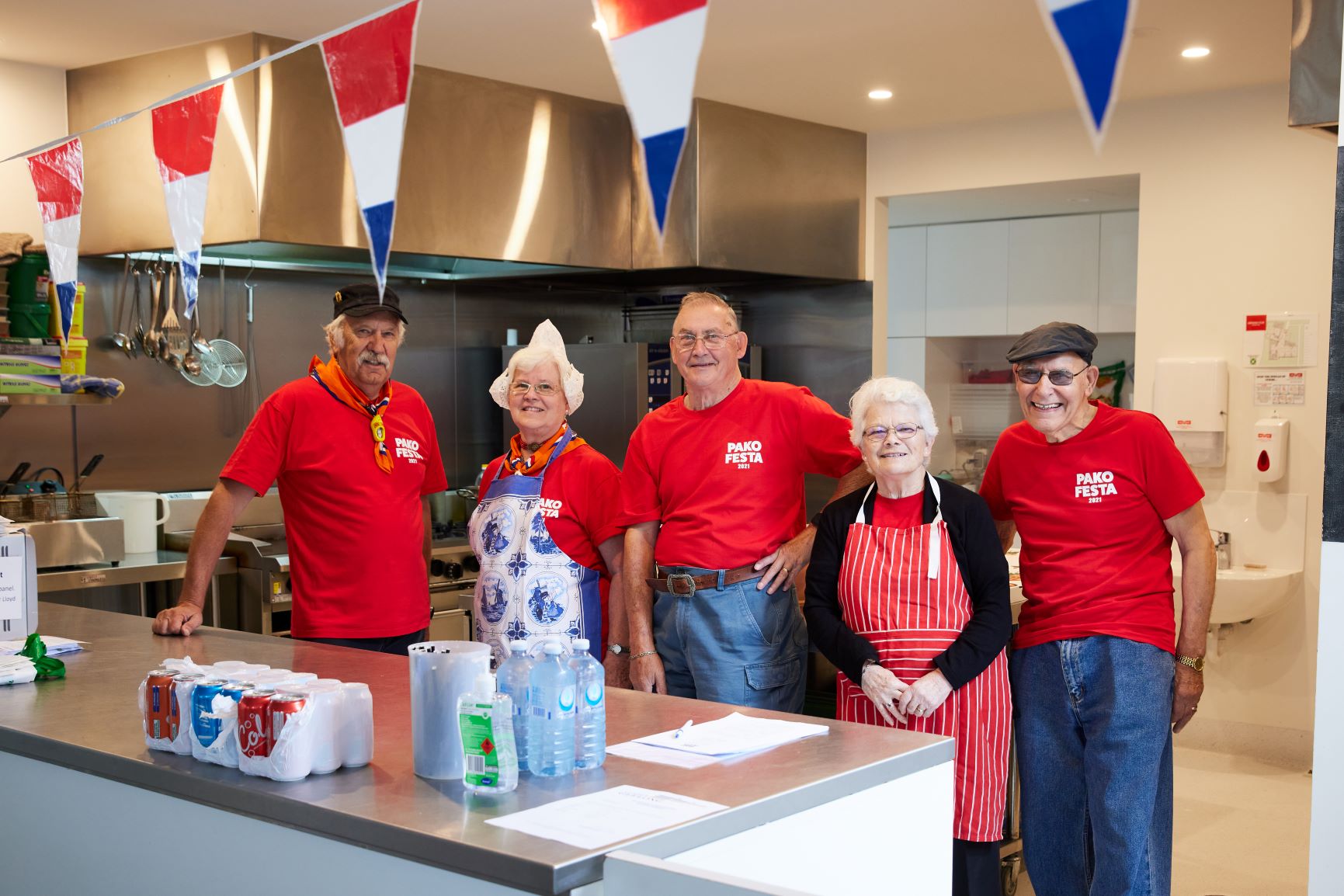 In the early 1950’s the Dutch started to arrive in Geelong with the building of the Shell Refinery, Werkspoor (World Service Constructions) and the building of many commission houses with John Peeman construction.
Two Dutch soccer clubs DSG (Dutch Society Geelong) and Norlane Olympia were established in the mid-50’s. In 1959 the Dutch Women’s Club was established followed by the Dutch Australian Rocket Club in 1962. By the mid-60’s some 14,000 Dutchies were living in Geelong and The Night Owl’s was formed in 1967 followed by the Swallow’s Carnival Club formed in the 70’s. Later in the 70’s The Combined Dutch Club Association was formed and it was this association that became affiliated with the Geelong Ethnic Communities Council and have been involved with Pako Festa since its inception in 1983 to current.
Our traditional Dutch foods are Hutspot, Stamppot, Gourmetten, Boerenkool, Zuurkool, Zoute Haring, Rollmops, Paling, Oliebollen, Krokettes, and Frikandellen.
We are an aging group of migrants however we are hoping a younger generation will continue our multicultural traditions in Geelong. 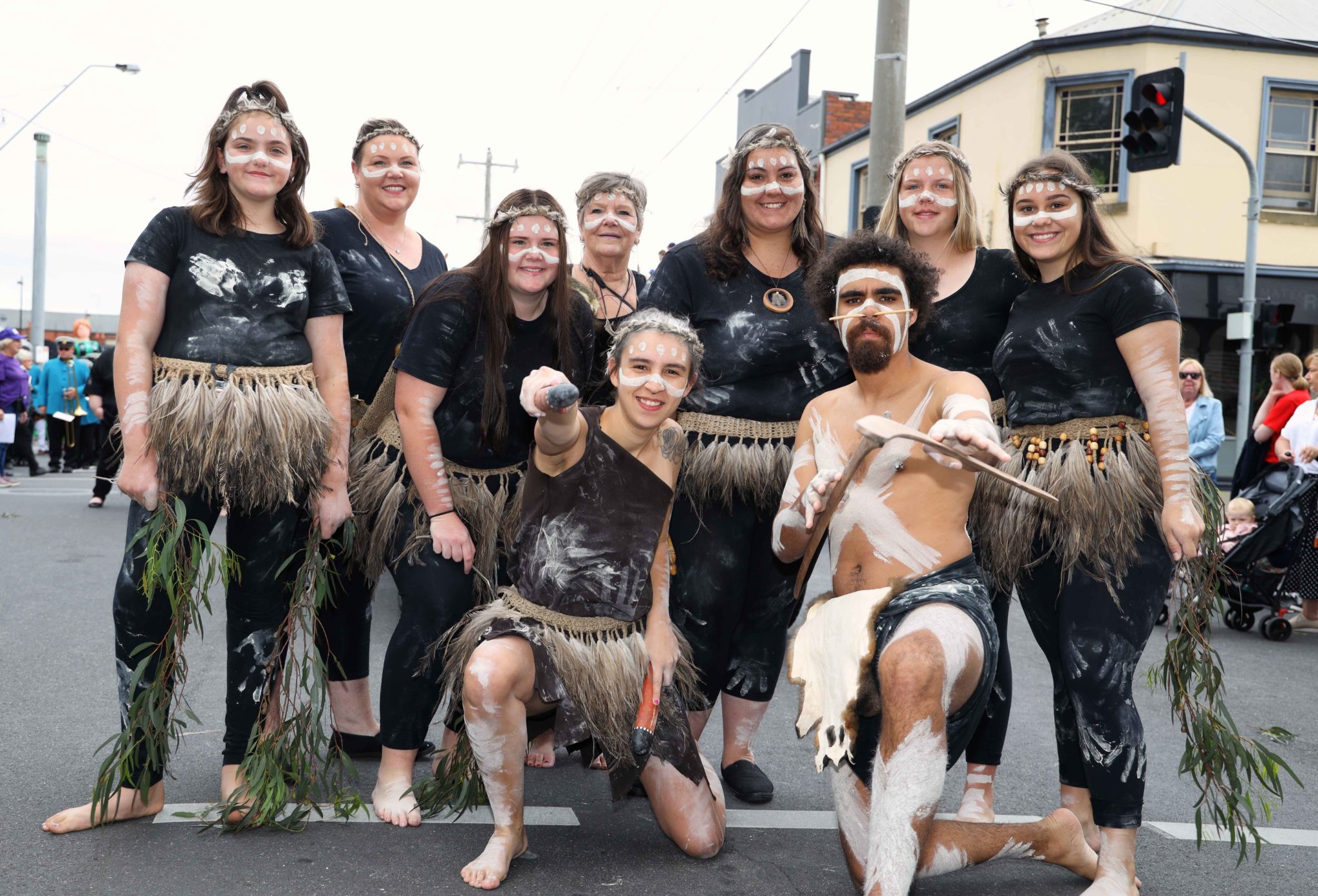 The name Wathaurong (Wadda-wurring) is a recognised tribe (community) which consisted of some 25 clans (family groups) that forms part of the Kulin Nation of Aboriginal people.

The Ukrainian Community (Involved in Pako Festa since 1983) 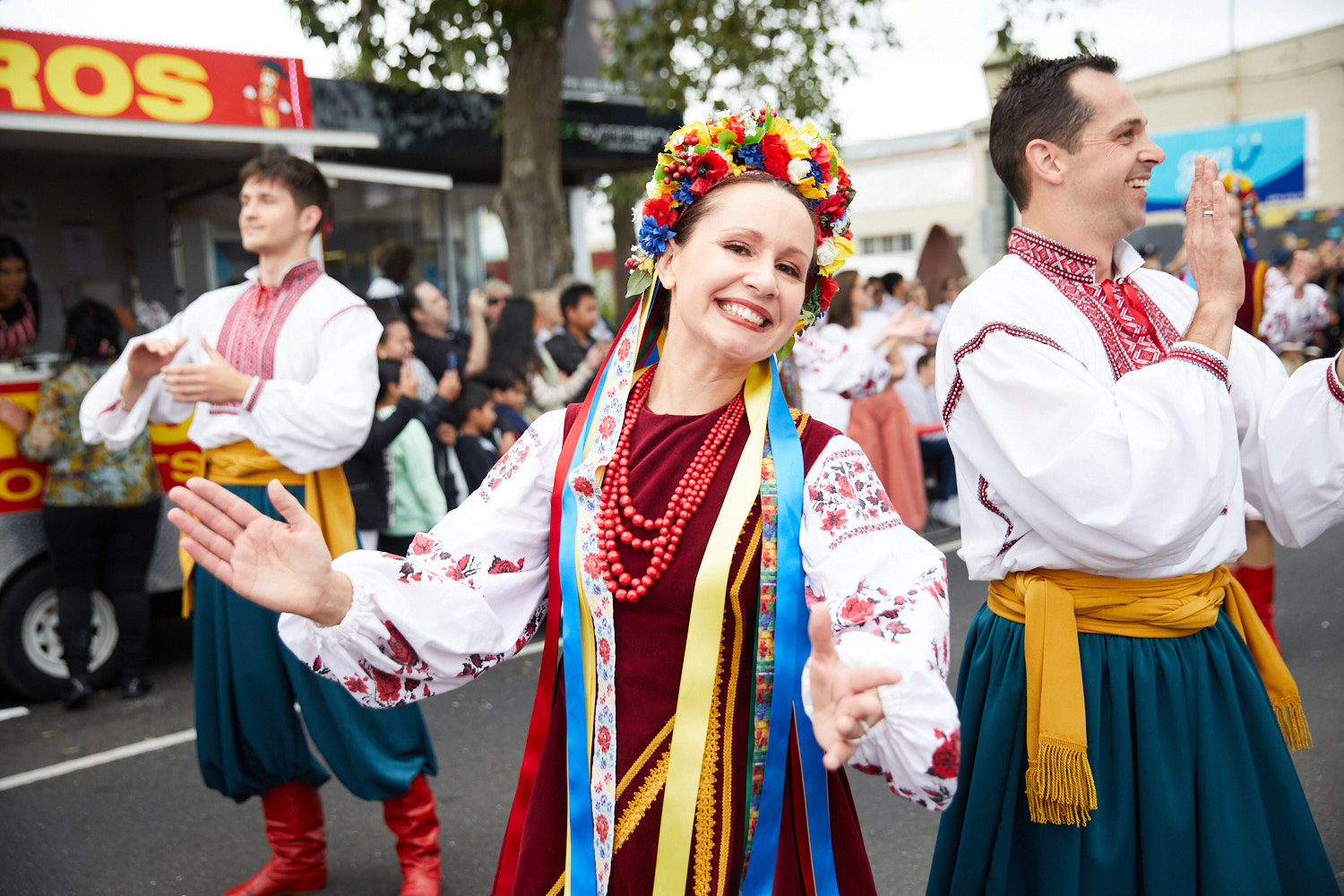 The Ukrainian community has a long and proud history, with Ukrainian migrants arriving in Geelong in 1948. The 70th Anniversary of Ukrainian settlement in Australia was celebrated in 2018.

Through its various youth groups such as Ukrainian Youth Association (CYM), the Plast Ukrainian Scouts, The Ukrainian Community School, Rukopash Hopak – Kozak Martial Arts and other dance groups, the community endeavours to foster and promote the Ukrainian language, culture and traditions to its younger members and give them a sense of community identity. These groups ensure that young people celebrate and are made aware of their cultural and language heritage.

The Ukrainian Women’s Association has tirelessly helped many people, both within its own community and the wider Victorian community, for over 50 years, and monthly luncheon meetings with guest speakers are hosted by The Ukrainian Senior Citizens Club.

The Indonesian Community (Involved in Pako Festa since 1997) 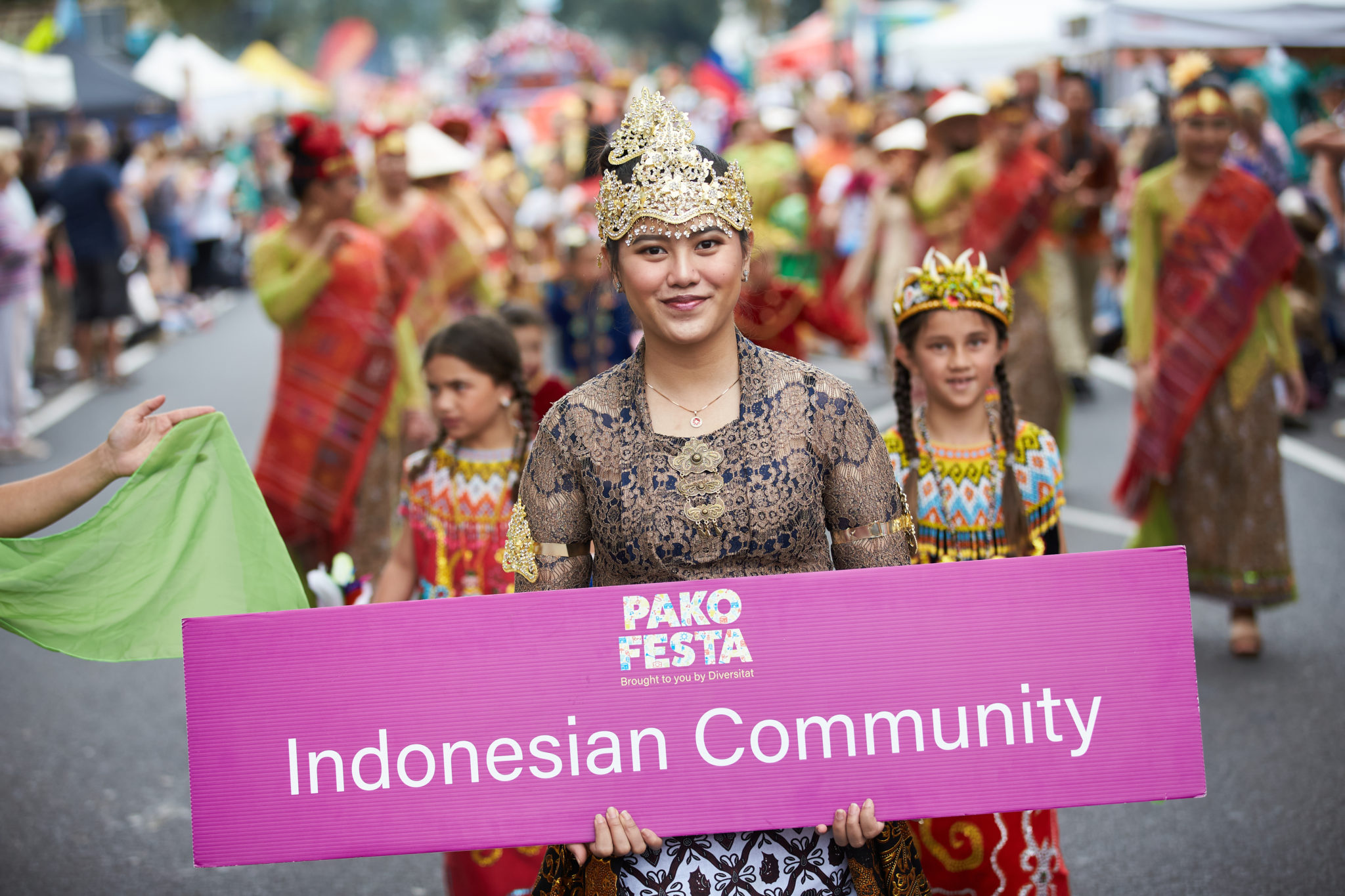 The Indonesian Association of Geelong (IAG) was formed in 2010 to introduce Indonesian culture, cuisine and traditions to the community of Geelong and to second generation, Australian born Indonesian children.

The group of around 100 members has also emerged as an umbrella organisation for teachers, students and Indonesian families and friends learning about the Indonesian language and culture. 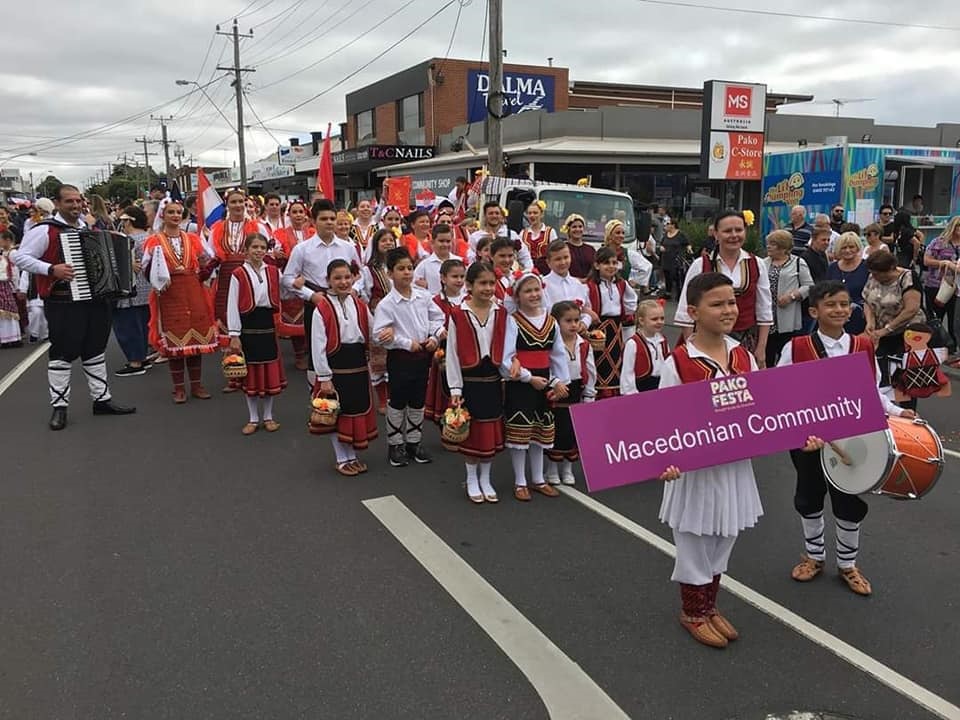 In 1976, five acres of land was bought in Batesford by the local Macedonian Community to build a church and community hall.

In 1977, the Macedonian Folk Dancing Group “Biser” was formed. The dancing group was formally named “Biser”, meaning a string of pearls. Since then, Biser has represented the Geelong Macedonian Community at every Pako Festa since 1983 and dozens of other local, interstate and overseas festivals and events.

Today, the Macedonian community of Geelong has the following activities and facilities:

The French Community (Involved in Pako Festa since 2003) 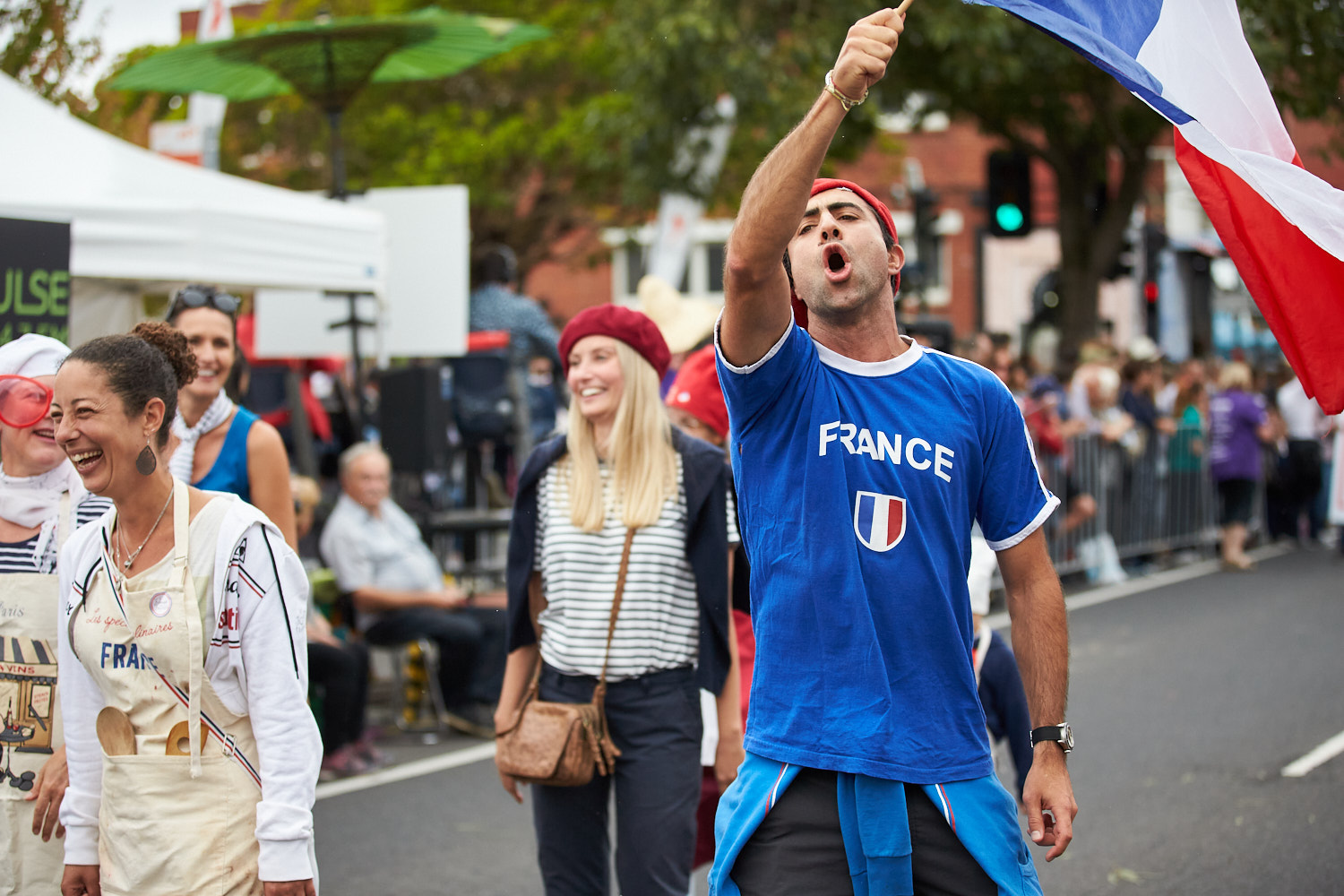 The Alliance Française de Geelong is a non-profit association dedicated to the promotion of the French language and culture.

Some members are from francophone countries such as France, Mauritius, Canada, Lebanon, the Congo and Morocco, while others come from a non-French speaking background but have a keen interest in learning the French language and experiencing French culture. 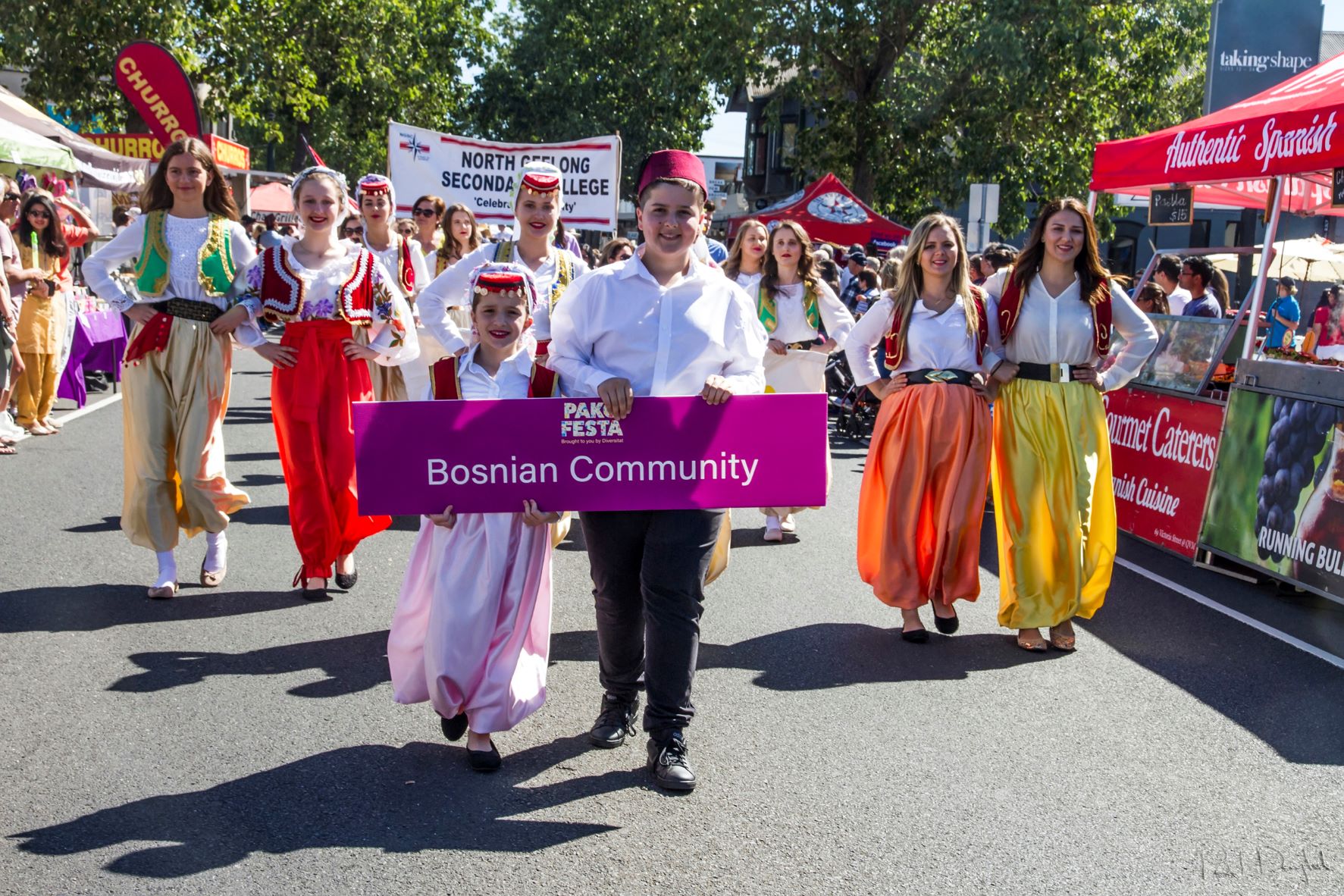 The Bosnian Lily-Geelong Association Inc. gathers people from Bosnia Herzegovina and all those who appreciate and enjoy the Bosnian culture. For over a decade this association has been making an effort to promote the Bosnian culture to the broader community at Pako Festa supporting multicultural values.

This Association has a membership of different generations and is trying to meet their needs in promoting the social harmony within itself and within the broader community.

We like to thank the organisers and supporters of Pako Festa for giving us the opportunity to present some of the major characteristics of Bosnia Herzegovina; its food, culture and good spirit. 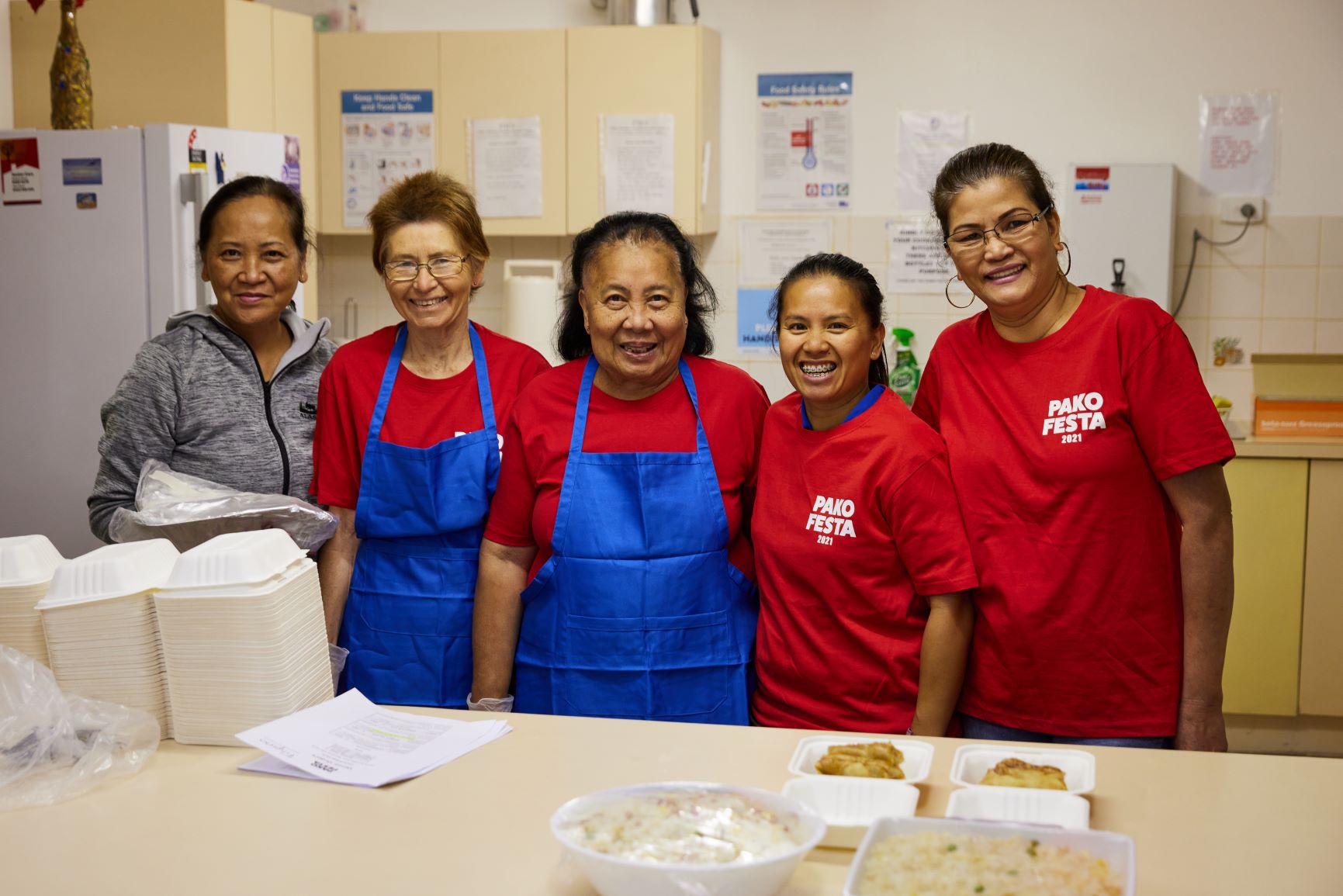 Filipino Australian Friendship Association of Geelong Inc (FAFA) was established 41 years ago by a small group of Filipino and Australian families in Geelong. It has flourished into a much larger and close-knit group which stems from the organisation program of sociocultural activities catering to the needs of all age groups. The association has members not exclusive of only Filipinos but from other ethnic backgrounds, for the purpose of encouraging social and cultural interactions.

Over the years the group has been actively involved and helped several multicultural services and programs through their active affiliation with Diversitat. They actively encourage greater goodwill, social and cultural interaction between Filipinos, Australians and other ethnic organisations, to promote a cohesive and harmonious multicultural society for everyone to enjoy.

Japanese Association of Geelong (JAG) (Involved in Pako Festa since 2018) 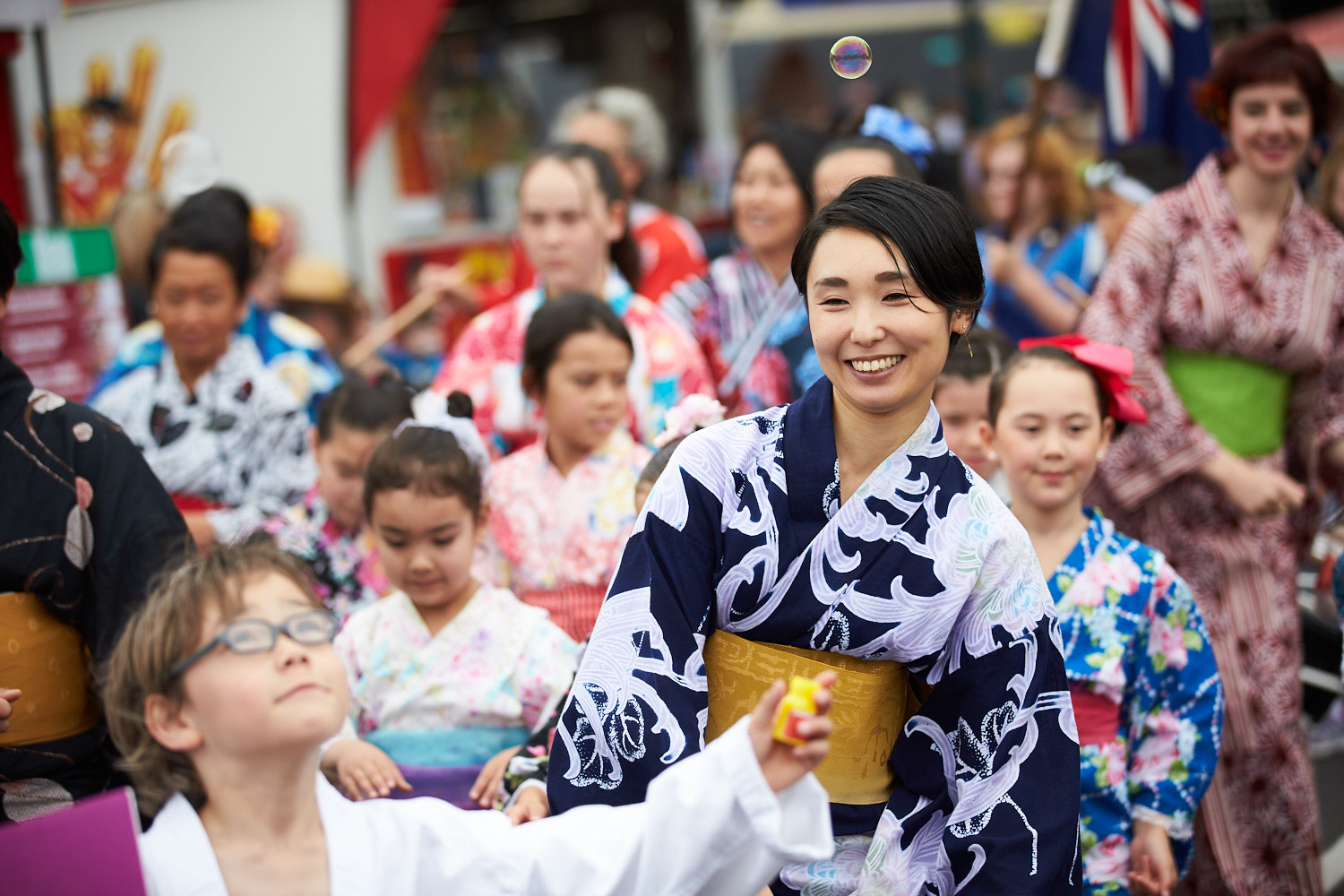 The Japanese Association of Geelong Inc established in December 2017 is a not-for-profit organisation based in the City of Greater Geelong. Our association’s principle is to strengthen a friendship among Japanese residents in Geelong and develop a positive relationship of Japanese and Australian communities in Geelong and beyond, promoting positive cultural exchange and goodwill between communities. One of our strengths is that we provide great opportunities for people to ‘shine together’, welcoming anyone who supports our principles into our association. The Japanese Association of Geelong Inc has been playing a significant role as the only contact point in this region for those who seek information about Japanese related-events, programs and organisations since we were established.

The Pakistani Community (Involved in Pako Festa since 2019) 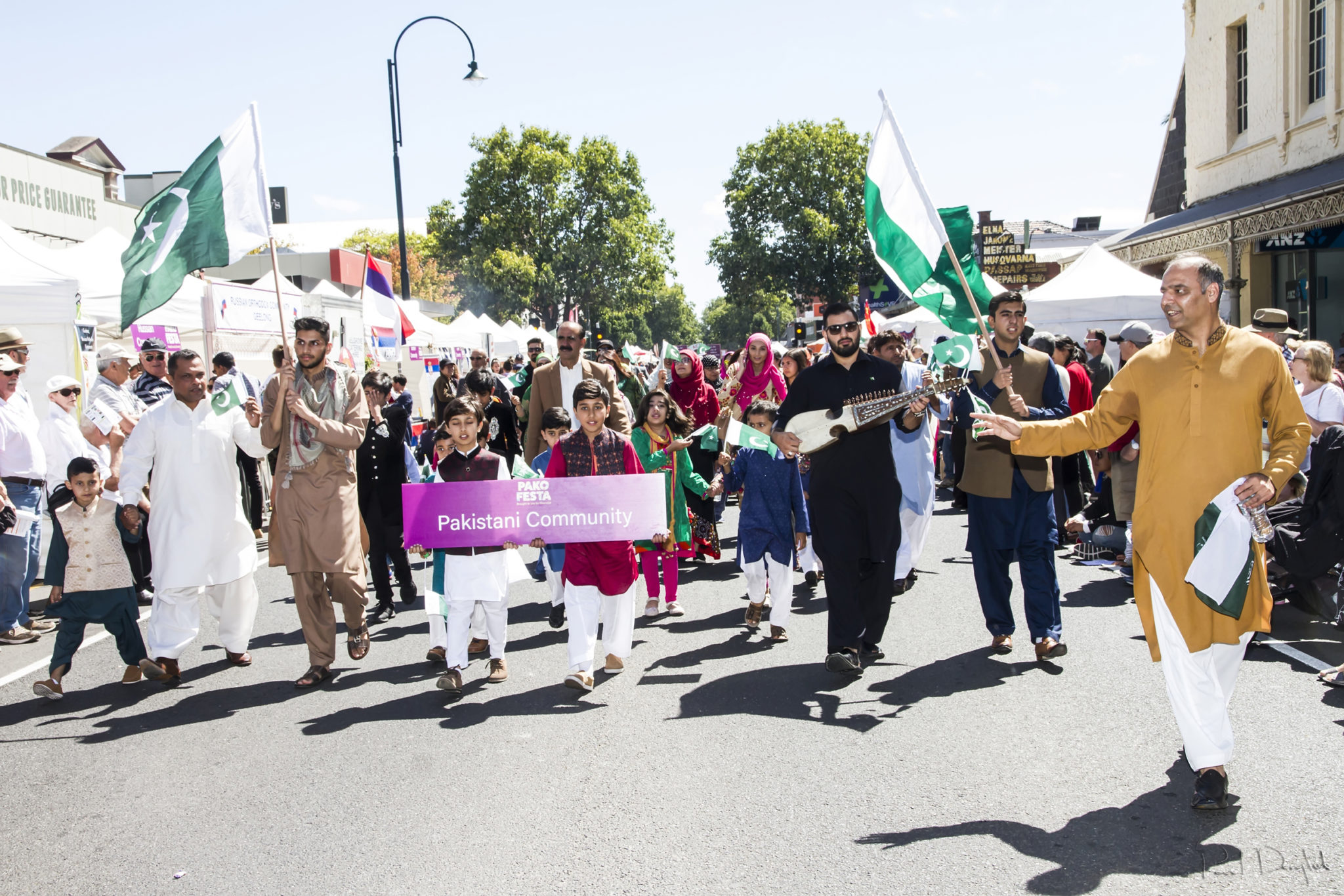 The Pakistani Community, built up of different ethnic groups, exhibits both versatility and universality in the dialects spoken within the community. Alongside the rich cultural backgrounds that Pakistanis inhabit, the strength of affinity between those in this community has allowed for the development of generations of individuals affluent in their identity.

The Russian Community (involved in Pako Festa since 1984) 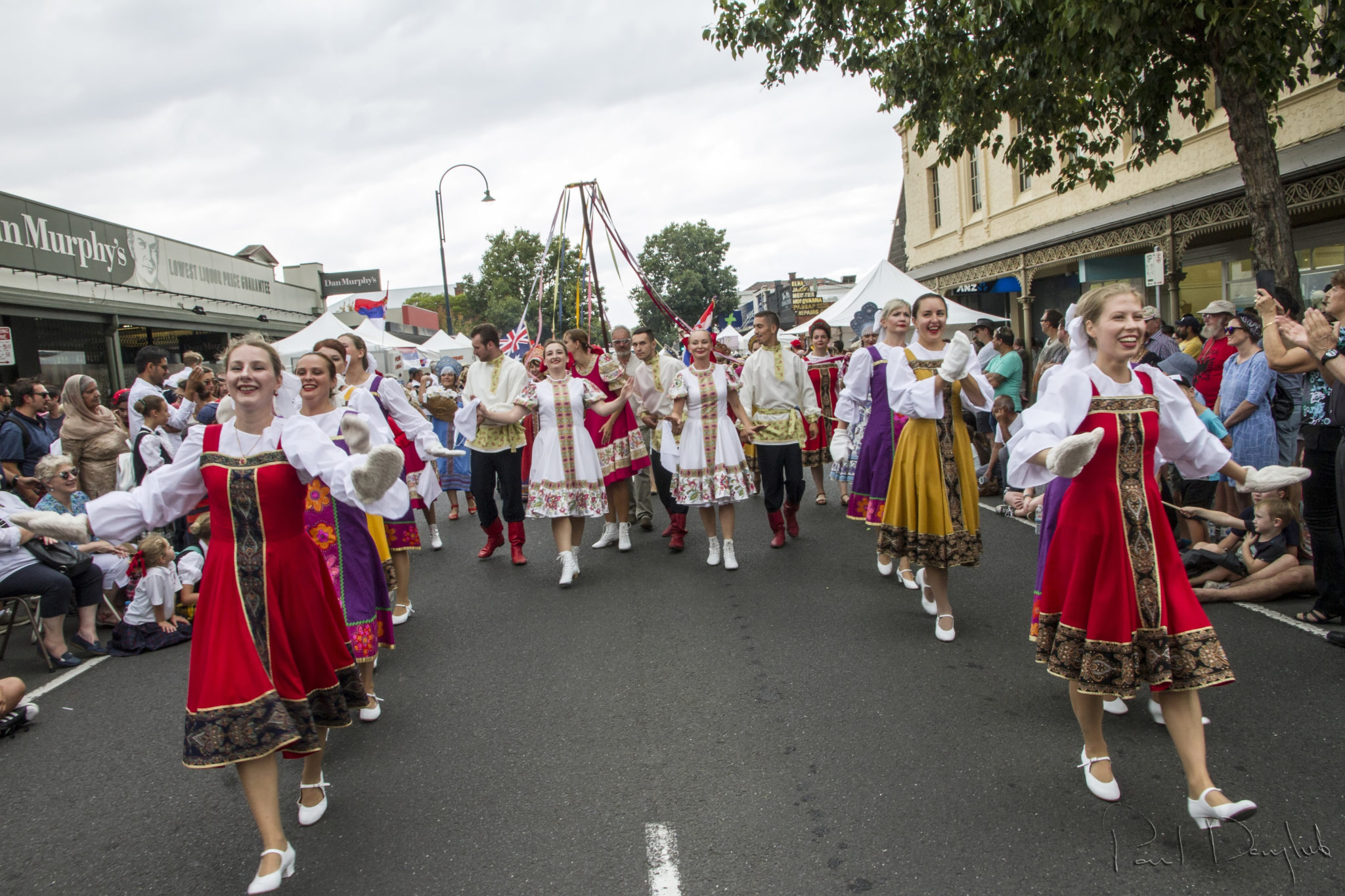 The Russian Orthodox community began its existence in Geelong in 1952, when Russians who recently arrived in Geelong invited a priest to have a divine service.
Currently, about 150 Russian families live in the Geelong area and meet at the Russian Orthodox Church. In addition to regular services, the parish has a Russian Saturday school
where children learn Russian, the history and geography of Russia, the Orthodox faith and Russian customs. Folk festivals are held in the parish hall. Members of the community meet regularly to celebrate family and community events, as well as church and national feasts.

The Croatian Community (Involved in Pako Festa since 1983) 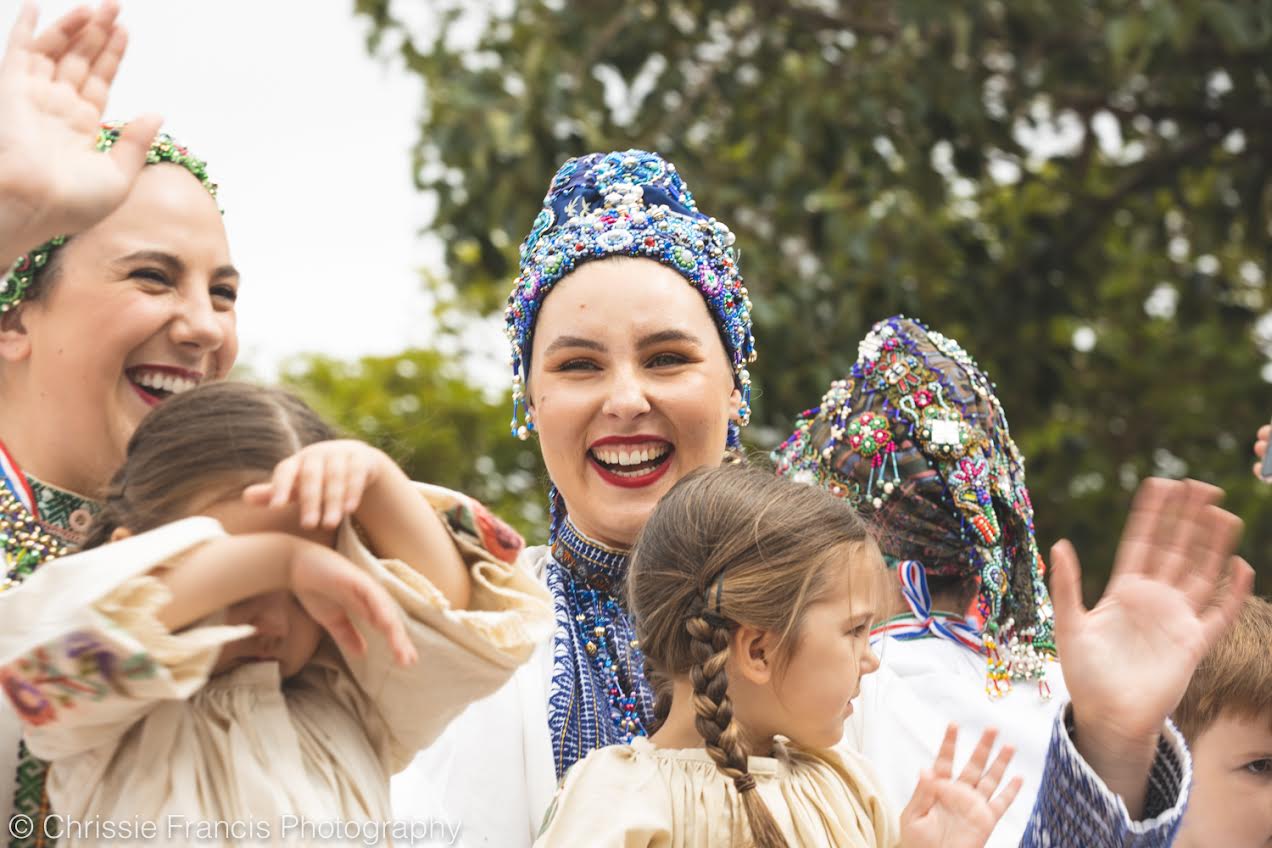 The Croatian Community of Geelong is one of the region’s biggest ethnic communities, with over 5,000 residents calling themselves Croatian. The Croatians began migrating to Australia after WW2 and established 3 community halls in Bell Park, Corio and Lara.

In 1972, the Croatian Cultural Artistic Association, or ‘LADO’ was established in Geelong and it has played an integral role in showcasing and promoting Croatia’s rich, proud culture and heritage through music, song and dance.

LADO consists of over 100 active dancers and 30 musicians overseen by Mr Tihomic Zlatic, composer and professional musician with the Croatian Radio Television Orchestra in Zagreb. LADO has also begun a creative journey working under the tutelage of professional dancer Mr Dubravko Radic from Zagreb, Croatia. We are pleased and honoured to work with such wonderful guidance, friendship and support.

In 2022, LADO will celebrate their 50th year of bringing our culture and traditions to Geelong and the wider community. We eagerly await this momentous occasion and hope that you will join us in celebrating our golden anniversary!

The Geelong Bangladesh Society (Involved in Pako Festa since 2019) 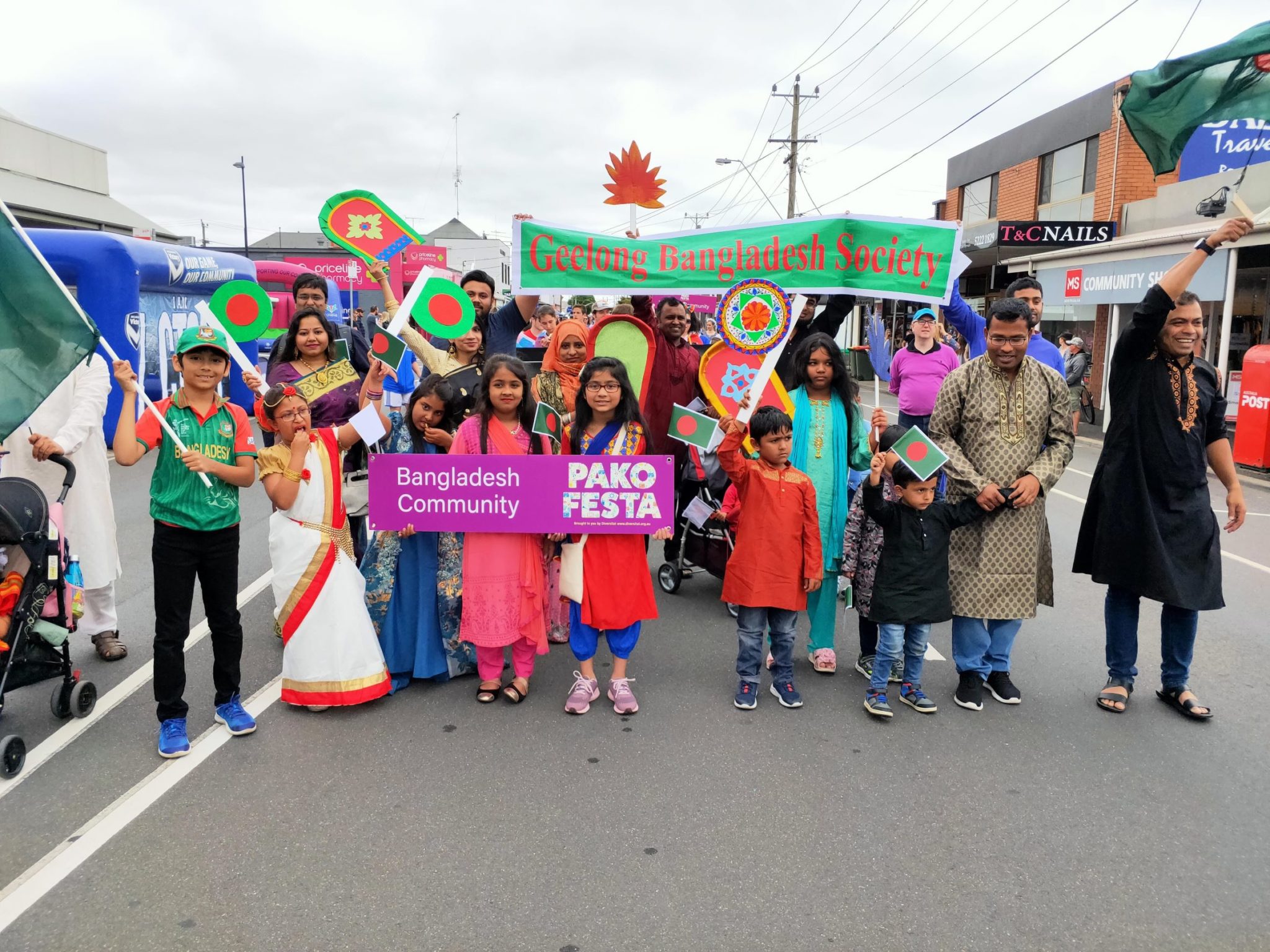 Bangladesh is the only country on Earth who fought for their right to speak their native language. On February 1952, they started the Language Movement which had a major cultural impact on Bengali society. The language movement inspired the development and celebration of the Bengali language, literature and culture. The 21st of February is now declared as International Mother Language Day by UNESCO. 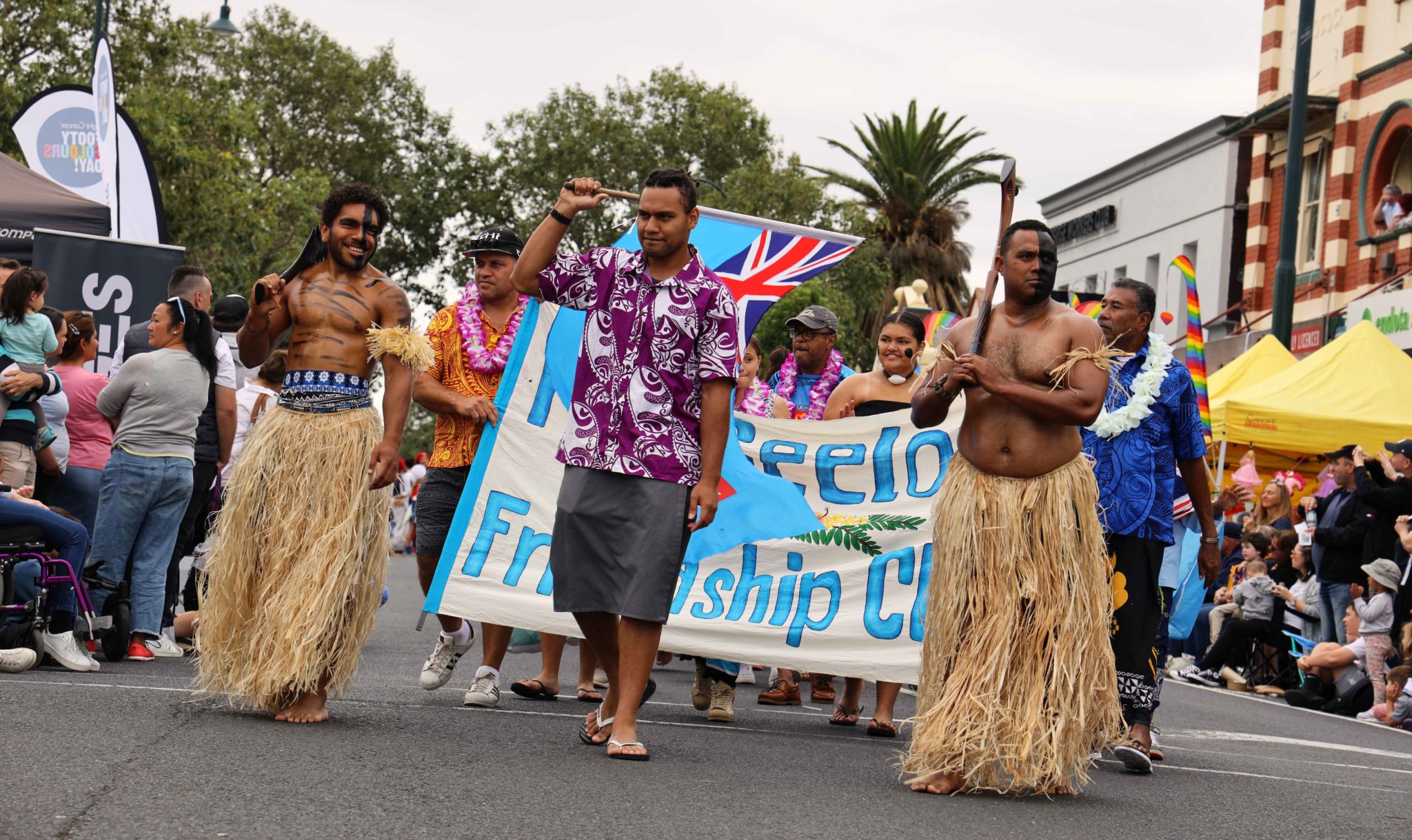 Our club commenced in 1985 by the Late Pastor Peceli Ratawa and his wife Wendy Ratawa. A Fijian Choir, comprising of 88 members, from Labasa, Fiji (a little town where Peceli Ratawa came from) visited Geelong and Melbourne to promote the Pacific cultures in the Australian community. Fijians in Geelong got together to organise concerts, church services and host the group.

Since this time, the club has participated in Pako Festa, Geelong and we’ve been affiliated with the Geelong Ethnic Communities Council trading as Diversitat for 25 years.

The Fiji Geelong Friendship Group assists with immigration issues, provides accommodation for visitors on medical visas, contacts students at Deakin University, Geelong from Fiji, demonstrates arts and crafts and networks with the Fijian families and friends of Fiji in the Geelong region.

Our club promotes unity among all Australian Fijians living in Geelong irrespective of their gender, age, religion or ethnic origin. We assist in helping them achieve their full human potential, promote harmony and social cohesion and earn a reputation as a welcoming and caring community within our multicultural society.

Fijians are proud of their culture and tradition which exemplifies mutual respect and harmony. Our club is committed to reconnecting Fijians, both young and old, with their culture, tradition and values and establish contacts with other ethnic groups within the Australian community at large.

The club’s vision is to transform the Fijian Community in Geelong by inspiring them to open their minds, accept differences in the community, achieve their full human potential and earn a reputation as a welcoming, caring, united and respectful community.

Our mission is to be the virtual centre for providing community support services that will enhance and empower the quality of life of all Fijian Australians living in Geelong through spiritual and holistic development, language and culture, education, social cohesion, sports, healthy living and income stability.

We value and respect our rich culture and are proud of our heritage that promotes respect, dignity and harmony. The community meets the spiritual, physical, mental and emotional needs of all individuals.

The Spanish community of Geelong (involved in Pako Festa since 1983) 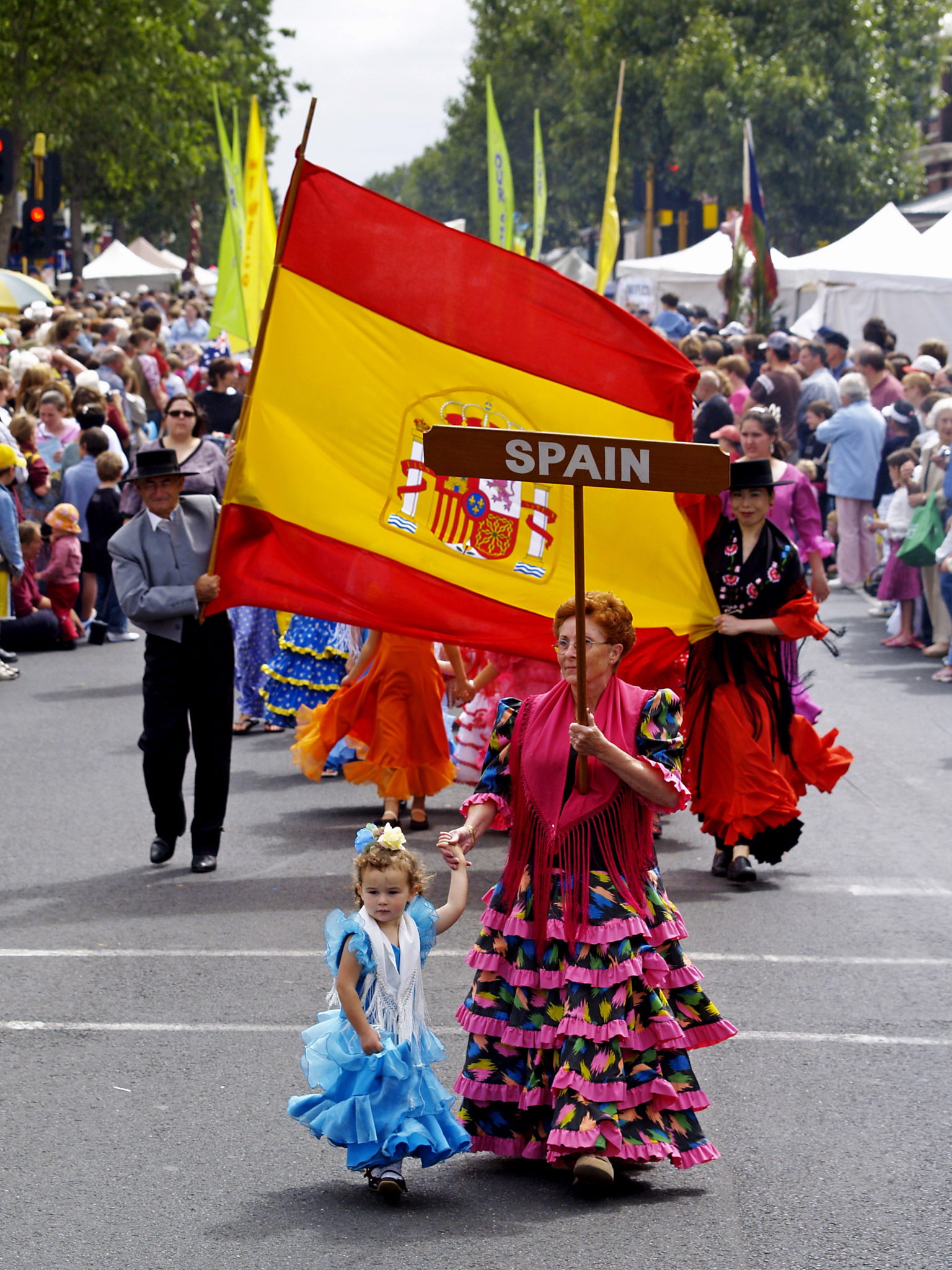 The Geelong Spanish Community was established in 1980, with club activities operating from a community hall at the DW Hope Centre in Norlane now known as the Diversitat Northern Community HUB. The first Spanish started arriving in Geelong around 1956 and now have a small community in Geelong, with approximately 190 members.

The Spnaish community will be serving food from 12pm – 5pm